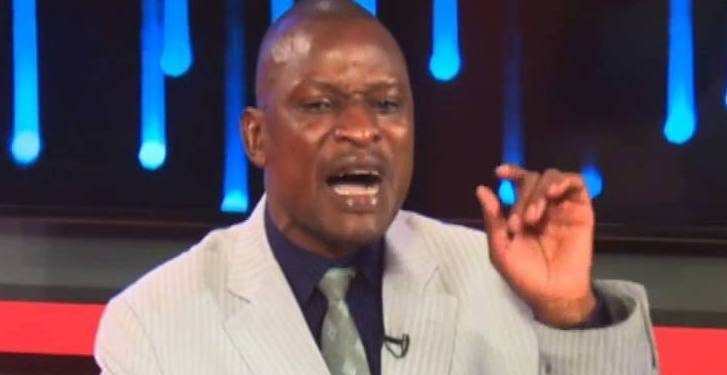 Motor-mouthed current affairs analyst, Tamale Mirundi has given his insight on the Kusasira-Mayinja concert clash. Tamale faulted Catherine Kusasira for not being able to read between the lines and allowed Ronald Mayinja to perform at her concert.

“I doubt Catherine Kusasira’s intellectual capacity. Why do you allow Mayinja to sing when you know he will embarrass the President? The intellectuals would then say that Catherine sneaked Mayinja in,” Tamale said.

Going forward, the former presidential press secretary expressed his discontent of why Mayinja is being criticized by regime lovers. Mirundi thinks, Mayinja provided a good platform for the president to reply to his strong message in the ‘Bizeemu’ song.

“Mayinja should be applauded for delivering such a serious message to Museveni,” Tamale stated.

However, Tamale believes Museveni’s response was lacking when he said, “In the past, it was state-inspired violence. Today, the killers aren’t part of us.”

According to Tamale, it is true government is not killing its people but the killers are using government institutions and state apparatus to commit crimes.

“An ordinary person like Mayinja is not concerned about who is killing Ugandans but rather wants to see that there are no more murders in the country,” Tamale argued.