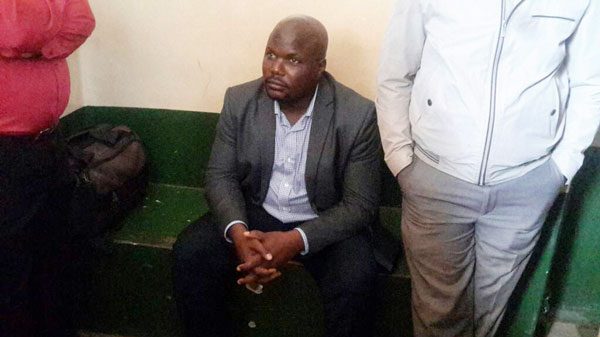 You know the world is about to end when thieves start chasing the Police. The analogy is quite far-fetched but this is the case with Mubarak Munyagwa.

Munyagwa is the Chairman of the Parliamentary Committee on Commissions, Statutory Authorities and State Enterprises (COSASE), a committee tasked with investigating and reporting on the activities of state enterprises and public authorities and check on whether their activities, expenditure and books of accounts are in line with the set rules and regulations.

You surely wouldn’t expect the chairman of such a commission to get involved in acts of corruption, but Ugandan officials always defy expectations and Munyagwa is no different.

However in an interesting twist of events, Kakumba, the complainant wrote to the Director of Public Prosecutions (DPP) to inform him that he had lost interest in the criminal case.

Munyagwa through his lawyers Lukwago and Company Advocates also filed an application challenging the said charges in the Constitutional court on grounds that resurrecting the case after abandoning it for over four years was inconsistent with the constitution, more so when the complainant lost interest in the case.

Munyagwa is yet to claim victory because news reaching our desk is that the Chief Magistrate of Anti-Corruption Court Pamella Lamunu dismissed his application that sought to block his trial on grounds that the DPP had no right to institute such offenses against him when the complainant lost interest.

Lamunu agrees with the DPP that criminal offences are committed against the State and not individuals so investigations and hearing of the case will go on. Munyagwa has until November 4 to appeal this decision.