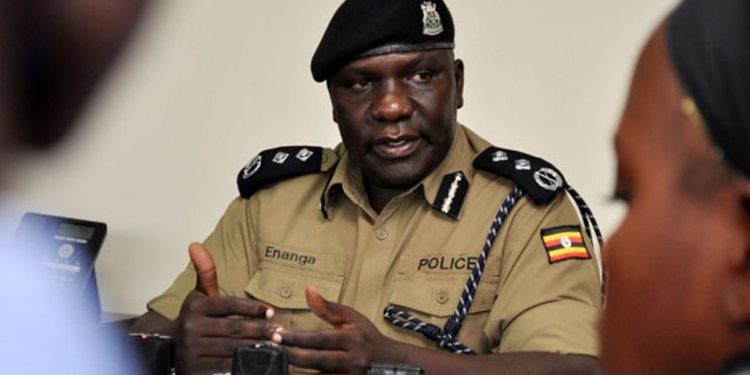 Yesterday evening, Police released a letter where it confirmed a reshuffle of 66 senior officers and among them was Christopher Katumba Kiggundu, the Hoima District Police Commander (DPC).

Katumba was moved to the Environmental Protection Police Unit (EPPU) and replaced with Martin Okoyo, who had been the Mubende DPC.

The transfers happened on the eve of Woman Member of Parliament by-election in Hoima and opposition politicians interpreted that the move was politically influenced.

However, this afternoon police spokesperson Fred Enanga has released a statement where he refuted claims of any political motives in the transfers.

Enanga says Police has a designed policy framework that guides transfers and postings of its officers.

“As such, a placement committee, whose end goal is to appraise and monitor the performance of all officers, whether competent or incompetent, was set up to ensure all transfers and postings, are transparent and merit-based,” Enanga said in a statement.

He states that the committee works independently and looks at features as civil service values, code of conduct and ethics.

“Those who are attempting to bring propaganda in matters of our transfers and postings must know that it is prerogative of the placement committee, which should not be circumvented citing political influence,” he said.