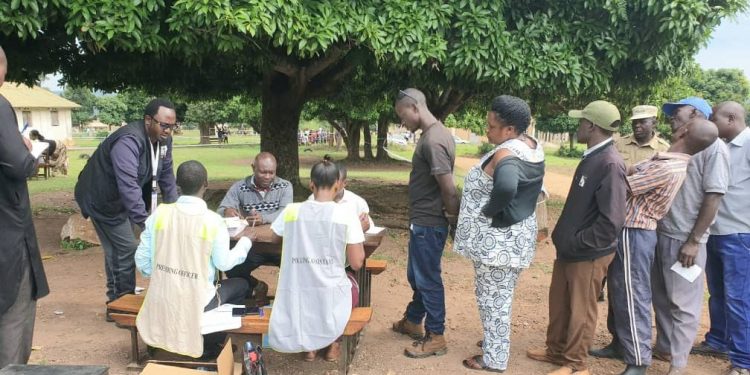 By as early as 7 am, voters had already lined up in different polling stations in Hoima to vote for their Woman representative in Parliament.

The two-horse race is between Busingye Harrient from National Resistance Movement (NRM) and Nyakato Asinansi Kamanda from Forum for Democatic Change (FDC).

The two contestants have had big wigs from their respective parties campaign for them; President Museveni campaigning for Busingye and Robert Kyagulanyi aka Bobi wine and other members of the opposition campaigning for Nyakato.

Polling was delayed a bit at Hoima Municipal Council Polling station, K – Z because three ballot books with 50 ballot papers each were allegedly missing as per the sequencing. Electoral Commission explains the challenge was in the numbering as voters were slowly getting rowdy.

No other clashing incidents from the rival camps have been reported so far, and this is mostly attributed to tight security deployed in the Municipality, as well as self-restraint from leaders of both camps.