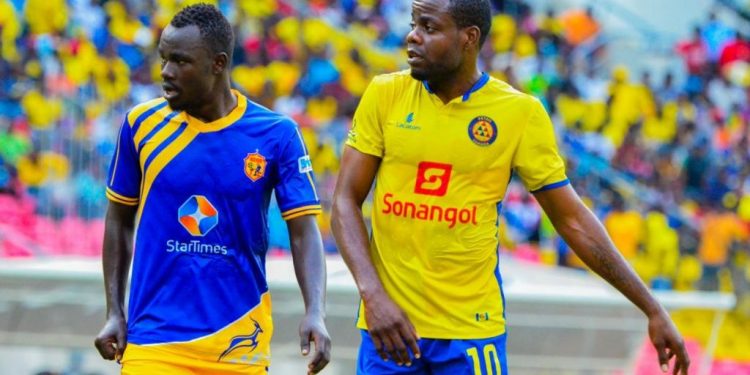 Being the only Ugandan club to have achieved the feat, KCCA has two billion reasons to replicate the heroics.

KCCA managed to hold Petro de Luanda to goalless draw in Angola and so the Kasasiro boys only need a win of any kind to qualify for the CAF Champions League group stages that comes with a Shs2 billion qualification bonus.

“We are not safe after drawing goalless in Angola which brings the tie in a tricky fixture but we are playing at home and this gives us the advantage,” KCCA FC coach Mike Mutebi said during the press conference yesterday.

Mutebi anticipates that fans will be fully entertained as he expects both teams to be on the front foot for the entire 90 minutes.

“We expect a great game as both teams are going to come for attacking football. It is going to be an interesting game and don’t be surprised when you see a 4-2 result because we want good football and good football is punctuated by goals,” he said.

Petro de Luanda’s coach, Toni Cosano said his side is in Uganda not as spectators but rather as serious competitors. He said the first leg result was a big boost for their confidence ahead of the second leg.

“The goalless draw at home was a positive result for us and if we can score away, we shall have an advantage. We shall try to win the game here and see if we can qualify,” Cosano said.