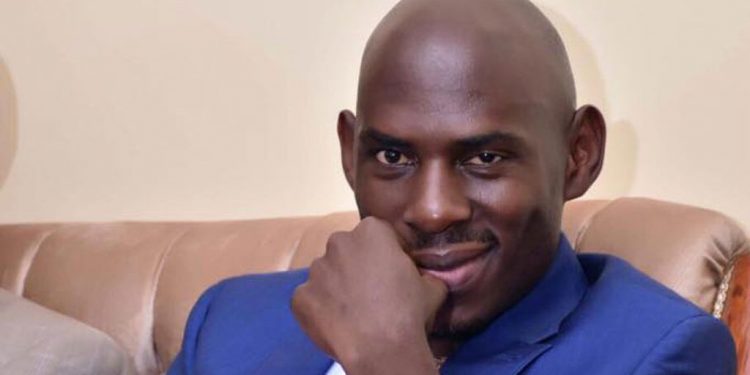 After spending almost two years behind bars in Dubai and Sweden, local businessman and socialite Sulaiman Kabangala aka SK Mbuga is finally free and enroute back home. Last week, Swedish court acquitted Mbuga of all his charges after prosecution failed to produce enough evidence to pin him.

Yesterday night while on board of the Emirates Airways, Mbuga went live on his official Facebook account and vowed to immediately start a battle against Ugandan mafias who he claims are the masterminds behind his jail troubles.

According to the pencil-like tycoon, the mafias played cards against him by giving a tarnishing profile of him to both the Swedish and Dubai courts.

“The mafias did their best to make sure I rot in jail but together with my lawyer we fought so hard and I am free now,” Mbuga said.

Mbuga threatened to expose the mafias as he revealed that they are well positioned officials in government.  He said the mafias are internally trying so hard to stain the image of President Museveni’s government.

Mbuga was arrested by the International Police (Interpol) last year in Dubai. He was accused of having a connection to fraud cases that involved 53 million kroner (Shs23b) that his wife Vivian Birungi Mbuga allegedly swindled from a joint account she owned with her ex-boyfriend Sten Heisoo in Sweden.