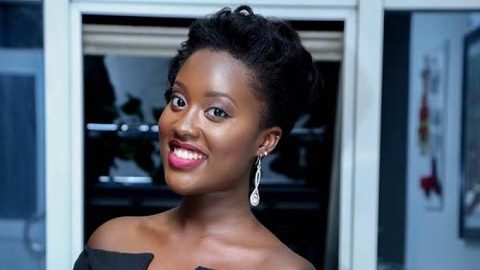 Social media comedienne, Martha Kagimba alias Martha Kay has finally spoken out on her nudes that were released this year in May. Martha said the entire situation was traumatizing but she had to harden up. The comedienne revealed that in the first days she didn’t want to even wake up or look at people.

According to Martha, the nudes where released at a time when her career and businesses were going so well.  She said people always try to put others down especially when you’re succeeding.

“People couldn’t stand my success that’s why my nudes were leaked,” Martha said.

She added, “When people try to put you down it’s not because you’re a bad person but rather because they can’t stand your happiness and what to bring you to their level.”

Martha narrated that when she lost her phone, someone called her vowing to torture her until she kills herself. She stated that though she paid the money that was asked, the person went ahead to unleash the nudes to the public.

“But after all what happened, I released I must not let him win and that’s the reason I finally made up and stood firm,” she explained.

Martha however opened up that up to now people still tease her on social media but she is here to stay.