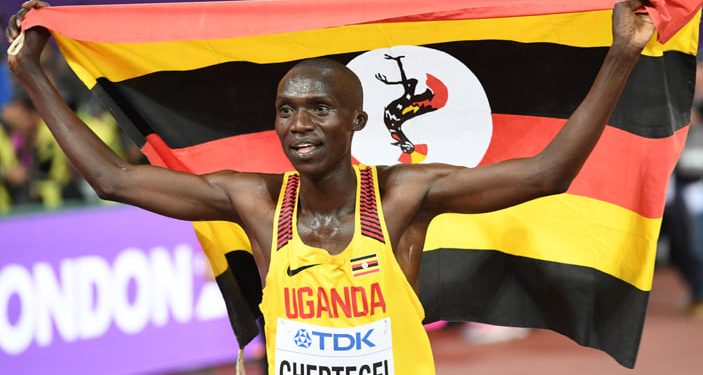 Long-distance runner Joshua Cheptegei managed to live by the expectations as he won Uganda’s second gold medal at the ongoing IAAF World Championships in Doha after crossing the line first in the men’s 10,000m final.

Cheptegei posted 26:48.36 while second-placed Yomif Kejelcha from Ethiopia registered a new personal best of 26:49.34. Kenyan Rhonex Kipruto took bronze with a time of 26:50.32.

This was Cheptegei’s second gold medal this year as he earlier won the World Cross country championship in Denmark. A month ago, he also won the Diamond League Trophy.

Last week High Court presided over by Justice Tadeo Asiimwe ruled that businessman Medard Kiconco is the lawful owner of the disputed land in Lusanja along Mpererwe-Kiteezi road and ordered the residents to vacate the land in 30 days from the day of this ruling.

Court based its ruling on the evidence presented that showed that these residents bought the land from a one Crispa Bitarabeho who had no right to sell, making their titles and agreements null and void.

Court said that what makes Kiconco the rightful owner of the land at Lusanja is that he bought it from the lawful owner Paul Katabazi Bitabareho in 2016.

The outcome of this ruling rendered over 300 families homeless, although court has ordered Kiconco to compensate four out of the seventeen people he found on the land in 2016 before he purchased it.

In his address, McKinstry seemed ready and committed to make Uganda a better footballing team on the continent. He revealed that he accepted the job because he loved the direction FUFA wants to take the team.

McKinstry’s immediate task at hand will be to handle the return leg of the CHAN 2020 qualifier as Uganda Cranes host Burundi in Kampala. Uganda triumphed 3-0 during the first leg played a fortnight ago in Bujumbura.