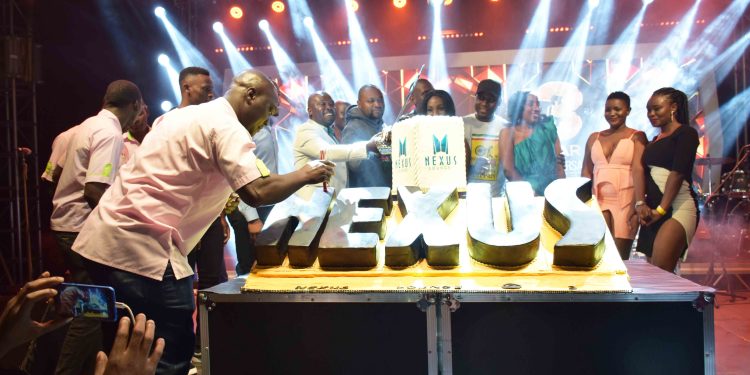 Party goers were treated to a fun-packed night as prominent bar Nexus Lounge celebrated its third anniversary on Tuesday. The revellers who came out in big numbers to show support to their favourite night spot were spoilt for choice as ‘The King Herself’ Cindy and the legendary Maddox Ssematimba were in the house to keep them on their toes. The energetic   performers left the party animals yearning for more.

To crown up the celebrations, the proprietor of the bar, Ivan Kakooza thanked the revellers for braving the rain and turning up in big numbers.

“I thank each one of you for turning up in big numbers, I am overwhelmed by the numbers despite the bad weather today,” said Ivan as he cut cake.

“The annual celebration is done to celebrate the success of the bar. We haven’t been in business for only three years; we had years when we were still discovering ourselves. However we chose to celebrate today because it has been three years of success,” Ivan added.

Cake was served to revellers as they danced the night away in what was indeed a night coupled with entertainment.