MP Muwanga Kivumbi says Uganda is referred to as the ‘Banana Republic’, but it doesn’t imply it should also have a ‘Banana President’ 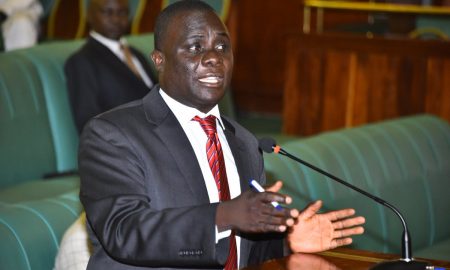 Butambala Member of Parliament Muwanga Kivumbi has said that the National Resistance Movement (NRM) government is primitively running this country despite the many years they have been in power.

According to Muwanga, NRM has failed to cope up with the changes in society since they captured power.

“NRM is no longer a revolutionary group, they are an autocracy, betrayed the cause they fought for. They short-changed the nation, they are doing everything they fought against,” Muwanga said on NBS TV.

“When you call us the ‘Banana Republic,’ does it mean we deserve a ‘Banana President’?” Muwanga wondered.

Muwanga believes that Uganda is moving towards industrialization but the regime is not preparing the population on how they will be able to easily adapt when Uganda turns an industrial country.

“We are increasingly becoming an industrial country and a country that wants to be part of the global family. This means there is a level of politics we must practice,” he said.

Muwanga added that the country must practically allow free and fair competition to avoid causing any chaos.