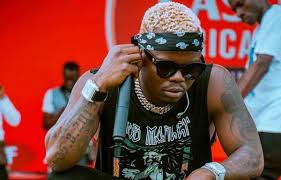 Maybe it’s okay we start with a disclaimer that please leave your children at home as government of Uganda has already catered for them in the on-going countrywide immunization. We’re only interested in you the slay parents or relatives.

Hamonize recently caused a music storm in Uganda as he featured the two Ugandan musical heavyweights Jose Chameleone and Eddy Kenzo on his Inabana song. However, he is not coming to settle that issue but rather entertain Ugandan fans at his Uno audio release party.

Harmonize who was recently endorsed by Tanzanian leader President John Magufuli to run for a parliamentary seat next year is growing from strength to strength and it no shocker that he has crossed borders and decided to bring the party to Uganda.

According to the Head of Luxury Portfolio, Uganda Breweries Limited, Annette Nakiyaga, Harmonize has a huge fan base in Uganda and Ciroc is all about celebrating life.

“What better way to celebrate our customers than a cocktail of Ciroc and Harmonize Bongo flava  to unwind the weekend,” Nakiyaga said.

The self-proclaimed Kondo Boy charmed Ugandans when he featured Eddy Kenzo on his ‘Pull up’ song and not forgetting ‘Kwa Ngwaru’ which he collaborated on with his former boss Diamond Platinumz.

Harmonize early this year called it quits from Diamond Platinumz’s Wasafi Records a label that introduced him to the world.