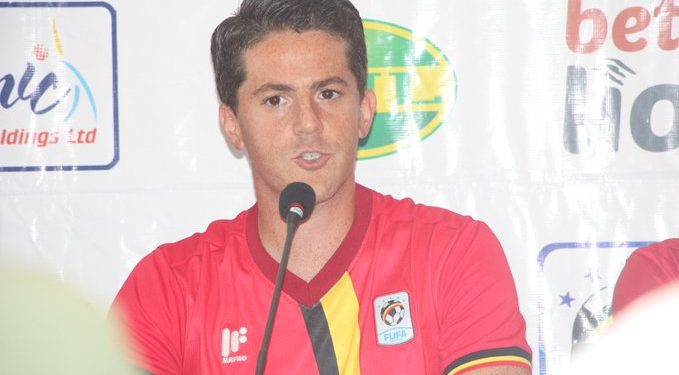 Barely a month in charge of the Uganda Cranes, Jonny McKinstry is talking with loads of confidence about his readiness in Uganda’s football great.

McKinstry said he is a meticulous person who plans everything.

“I plan everything including how long we can have water breaks,” he said while appearing on NBS TV’s Sunday sports show.

The 34-year-old Northern Irishman revealed that he has quickly settled in Uganda compared to all the countries he has so far been too during his coaching career.

“While I have had problems of language barrier in some countries, I have not had that problem so far here in Uganda. I have been here for 3 weeks,” he said.

Just like how he has settled in, McKinstry promised to deliver positively and quickly with his charges. He said Uganda has a pool of talented footballers that only need fast polishing to easily reach international standards.

He stated that FUFA’s target of taking the national team to the 2026 World Cup can even be achieved four years earlier.

“The Federation is looking at 2026 to have the National Team in the World Cup. I am looking at 2022 in Qatar and I believe that that is possible,” McKinstry said.

He added, “I know I will be judged by the results of team and that is understandable. But my intention is to have an impact on Ugandan football.”

He has been in charge of the Cranes for two games, a 1-0 win in a friendly against Ethiopia and 3-0 thumping of Burundi in the return leg of the CHAN 2020 qualifiers.