Bebe Cool brags: “I’m the maker of Bobi Wine in the Ghetto” 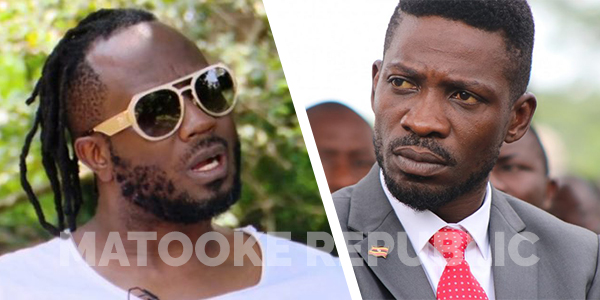 As the country is getting more and more involved into the political argument of who truly owns the ghetto, chatty musician Moses Ssali popularly known as Bebe Cool has bragged on how he cleared the ground for ‘Ghetto President’ Bobi Wine to establish himself in the ghetto.

“I am the maker of Bobi Wine in the Ghetto, I lived in Kamwokya and Kanyanya,” Bebe Cool said while appearing on NBS TV’s Morning Breeze.

The Silent Majority ‘promoter’ further explained that he was the brain behind the establishment of Firebase, a group currently owned by Bobi Wine.

“I created a group called Firebase that was intended to fight Chameleone,” he said.

Bebe said some people falsely think that since he is a son to former Minister Bidandi Ssali, he grew up in a flashy environment.

“I have grown up in the ghetto, only that I don’t behave like them. Just because I am the son of Bidandi doesn’t mean he fathered me. I grew up with a single mother,” the singer revealed.

On why President Museveni chose to work with him, Bebe Cool stated that he attracted the attention of the President because he (Museveni) has closely followed his constructiveness.

PLE Exams: Police in Jinja arrest invigilator who abandoned his job and went drinking while exams were still going on