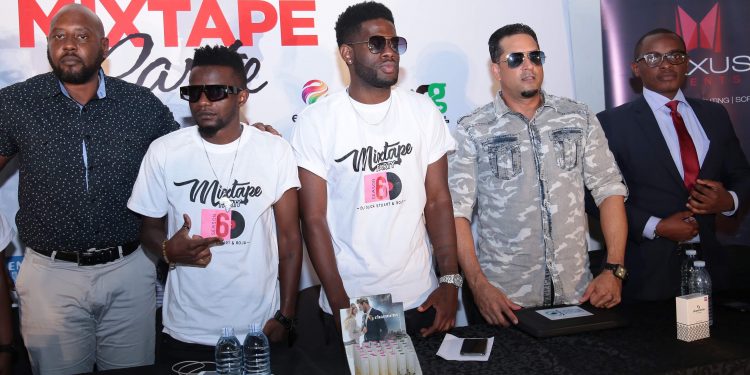 The annual Mixtape Party hosted by Uganda’s only deejay duo, DJ Roja and Slick Stuart is back this Friday.

The hype around this year’s edition is bigger as the DJs promise an even bigger performance so they chose a bigger venue at UMA multi -purpose Hall Lugogo, unlike smaller venues chosen for previous editions.

At the press conference held at UMA Multi-purpose hall yesterday, the DJ duo which also doubles as producers promised an incredible and electrifying performance on Friday this week.

Slick Stuart and Roja have crafted beats for several musicians in Uganda that have topped charts and brought them major popularity, with the most recently ‘Sunday,’ a song featuring Allan Toniks. All these will be featured at the Mixtape party.

“The Mixtape party gathering will likewise include exhibitions from our musician friends and deejays such as Bebe Cool, Beenie Gunter, Exodus, Fefe Busi, Dj Naselow, Dj Mercy, Allan Toniks, Fik Fameica, and Winnie Nwagi among others,” said the deejays at the presser.

The Mix Tape Parte was birthed in 2014 with the debut edition at Club Venom. Laftaz bar and Golf Course Hotel have in the past also played host to the now famous Mixtape Party that developed greater and better throughout the years.

Bebe Cool brags: “I’m the maker of Bobi Wine in the Ghetto”

Mao says opposition should leave Museveni to contest alone in 2021

Mao says opposition should leave Museveni to contest alone in 2021