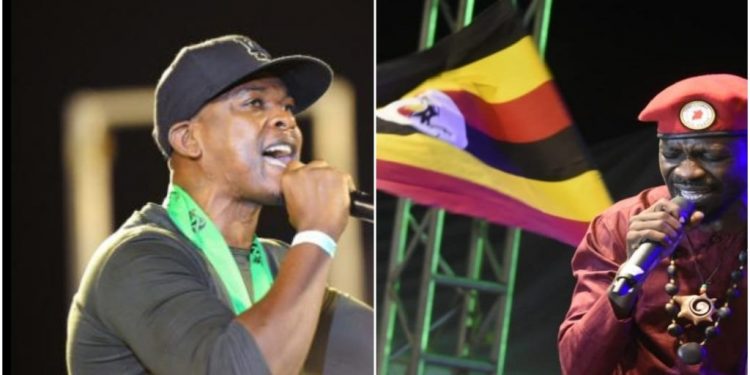 Through his official Twitter handle, Mr Vegas who was replying to a tweep who refers to him as the King of East Africa who tweeted that “Truth is Bobi Wine can never become the President of Uganda.” The tweet sparked a twitter uproar not only among the Ugandans on Twitter (UOT) community but also beyond borders.

This is the second time Vegas has publicly come out to express his love for Bobi Wine’s fast growing political influence. Earlier this year in January, Vegas through the same social media platform pledged to actively give a hand to the Ugandan singer-politician’s cause.

He promised to come down to Uganda to campaign for Bobi Wine to become president.

“I will come and campaign for you when you are ready bro! Africa Stand Up! This is the future! I met this man! He could have stuck to his music and watch our people’s suffering continue. The sacrifice is real,” Vegas tweeted in January after meeting Bobi Wine at the Rebel Salute Concert that happened in Kingston, Jamaica.