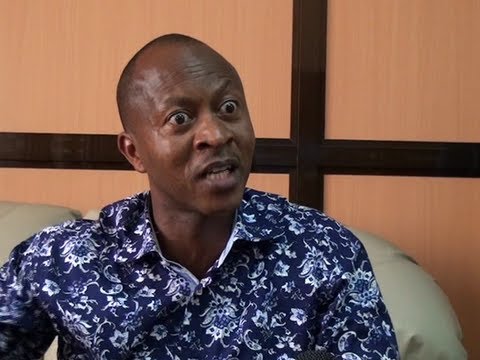 Most people go full force into jubilation mood after court acquits them of whatever felonies they might have been facing but this is not the case with government critic Frank Gashumba.

A few hours ago, Buganda Road Chief Magistrate’s Court dismissed the 28 counts of charges slapped to Gashumba two years ago in October 2017 after he was arrested and detained for a full week on grounds of fraud, forgery, possession of narcotic drugs, and impersonation among others.

Gashumba was arrested and accused together with his brother Innocent Kasumba and his friend city businessman Ismail Kiyingi. The three were granted bail a week later with conditions to leave their passports in court and ask for permission whenever they wanted to travel.

Presiding over a court session this morning, Grade One Magistrate Stella Amabilis dismissed all charges citing lack of evidence due to failure for the State to produce a single witness to testify against the accused since his arrest in 2017.

“This case is hereby dismissed for want of prosecution and the accused is accordingly discharged,” Amabilis ruled.

After this victory, Gashumba is not relenting and after thanking God and his friends and family that have stood with him all through this case, he has said that he will not let ‘vampires’ tarnish the image of innocent Ugandans.

“To you all my friends and confidants, I am going to inform you my next course of action. We shall not allow these vampires and cackle, attached to public institutions, using State resources to maliciously tarnish and embarrass innocent Ugandans,” a post shared on his social media pages partly reads.

It should be remembered that the trio of Gashumba, Kasumba and Kiyingi were charged with possession of forged stamps of Ministry of Defence and Veteran Affairs (MODVA), Ministry of Justice, Agriculture, Education and Transport of the Republic of South Sudan, false declaration of passport, giving false information, possesses of narcotics, impersonation and disobedience of statutory duties all aimed at defrauding two Dutch Nationals Kolgvan Dirutop and Manu Meerscghman.

Frank Gashumba claims Dr Kizza Besigye is the only patriotic opposition leader, others are in the struggle for selfish reasons