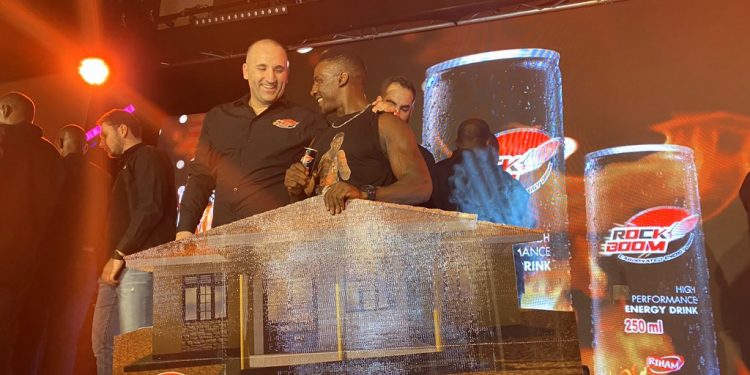 This year has by far been a successful year for kickboxing champion Moses Golola. Golola is unbeaten in the ring this year; he beat Kizito ‘Kasumali’ Ongom on Heroes’ day and Umar Semata in August, and had his Life of a Champion movie premiere on the big screen last week on Friday, November 1.

The self-proclaimed ‘Hot Temper’ is in fresh celebrations tonight as he has been rewarded with a brand new house by his bosses at Hariss International Limited for his loyalty and effort he has put in to market their energy drink Rock Boom.

Moses Golola was appointed Rock Boom Ambassador in 2015 and has actively promoted the energy drink using every platform he could get and this is why the makers of the drink, Hariss International have decided to reward him with a brand new house.

One Rock Boom official said that he once visited Golola and he couldn’t believe the kind of house he was sleeping in. He said that they decided to reward him with a house which they believe will greatly improve his standard of living.