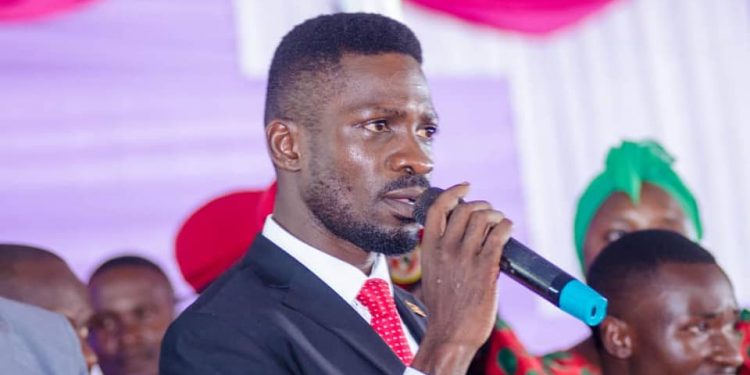 While visiting and engaging with Ugandans in the diaspora over the weekend in Boston, People Power Movement leader once again cemented his commitment to run for the Presidency against then incumbent President Yoweri Museveni in 2021.

Bobi Wine revealed that no matter the challenges he is going through, he is unmoved as he will until the end stand with majority Ugandans to demand for a better future.

The legislator narrated how the regime has blocked his businesses but disclosed he is unbothered.

“I lost all my businesses, which is okay because I didn’t have them in the beginning and I know how to be happy without money,” Bobi Wine said.

He said blocking his business will not stop him from running for Presidency as he has an assured source of funding.

“We have a method called ‘Each One – Teach One,’ make sure every day you do something to share a message for a better Uganda,” he stated.

Rwanda Police releases statement about two Ugandans shot in Rwanda; says they were violent smugglers who assaulted them