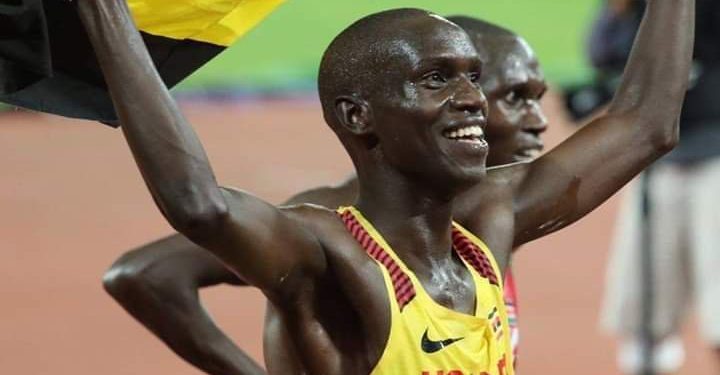 Uganda’s long-distance runner Joshua Cheptegei has made it to the final five athletes competing for the Male World Athlete of the Year 2019 award. Cheptegei will be battling out for the gong with reigning winner Eluid Kipchoge from Kenya, USA duo Noah Lyles and Sam Kendrick and Norway’s Karsten Warholm.

2019 has been a heroic year for all the five finalists. Cheptegei won three international events namely; world cross-country title in Aarhus, Denmark, Diamond League 500m title in Zurich, Switzerland and a gold medal in the 10,000m IAAF World Championships in Doha, Qatar after crossing the finishing line at a world-leading 26:48.36.

Kenya’s Eliud Kipchoge won the London Marathon in a course record of 2:02:37 before putting up a record-breaking performance as he became the first human to finish a marathon in less than two hours in Vienna.

Sam Kendricks also from USA won world pole vault title with a world-leading 6.06m and won 12 of his 17 outdoor competitions, including the Diamond League final.

Karsten Warholm won the world 400m hurdles title, and he is undefeated this year indoors and outdoors at all distances, including at the Diamond League final and the European Indoor Championships. He also clocked world-leading 46.92, the second-fastest time in history.

The World Athletics Awards 2019 finale will be held in Monaco on Saturday November 23.

URA loses Shs17.7b in revenue on spirits and waragi after the government banned waragi in kaveera

URA loses Shs17.7b in revenue on spirits and waragi after the government banned waragi in kaveera