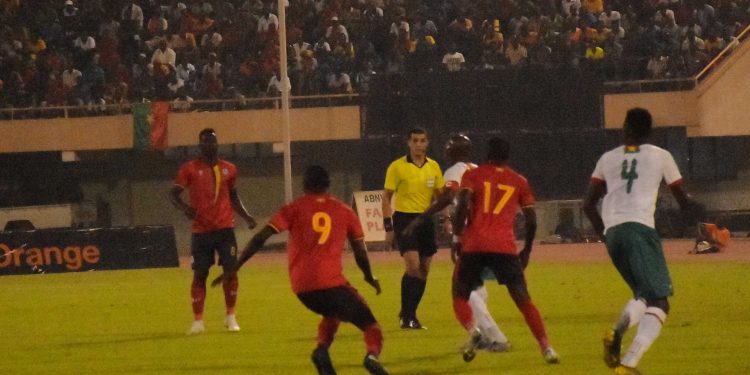 In a campaign aimed at taking Uganda Cranes to AFCON Finals for the third consecutive time, Uganda kicked off the campaign on a positive note in their first Group B game.

Uganda held hosts Burkina Faso to a goalless draw in the opening game of the 2021 African Nations Cup qualifiers campaign journey that was played on Wednesday night at the Stade 4 Aout in Ouagadougou City.

The visitors made the first goal attempts but Cranes stood firm and prevented themselves from going a goal down. One of the notable clearances was made by Ochaya as Onyango was beaten in the opening minutes of the game.

However, the Cranes grew stronger in the game making several good transitions towards the opponent’s goal but unluckily yielded nothing.

“It is one point earned and we need to maintain doing this to earn points on the road,” McKinstry said.

He added, “Let us now build on this positive start with a strong performance at Namboole this coming Sunday.”

Uganda Cranes will play the second game this Sunday, November 17 at Mandela National Stadium, Namboole against Malawi in a duel that has been dubbed “366 Back To Namboole with Cranes”.