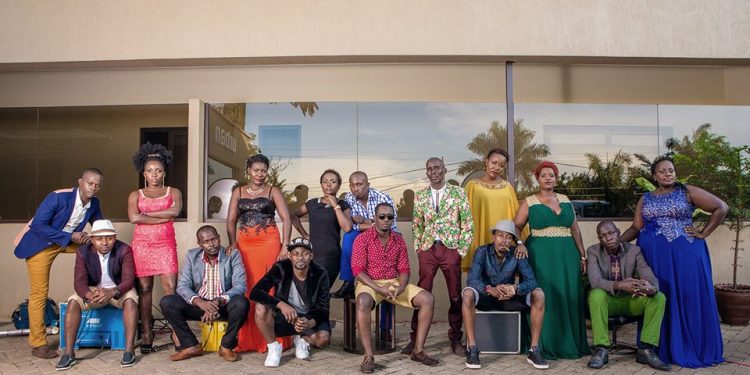 Marriage is a three-ring circus: engagement ring, wedding ring, and suffering. Yeah that’s a bad joke but married people can relate. If you want to hear better and funnier jokes that will surely break your ribs, and jaws, Serena Hotel Kampala is the place to be on Friday November 29, 2019 for what promises to be the biggest comedy show of the year.

Fun Factory, Uganda’s leading comedy group are already in the comedy kitchen cooking the best jokes, puns and funniest skits to serve you and entice your humour senses.

Boasting of over 16 members whose sense of humour is entertainingly different; the group effortlessly manages to combine their skills to come up with rib-cracking skits that make their audience scream in loud laughter.

The show is dubbed ‘7 Star Madness,’ it is true to its name. You can’t combine five-star comedians like Anne Kansiime, Bujingo Hannington, Richard Tuwangye, Dickson Zizinga, Isaac Kudzu, Herbert Segujja aka Teacher Mpamire, Veronica Tindi, Simon Kalema and others on the same stage and don’t get madness.

Early bird tickets are already out on sale at Shs80,000 but if you want to get yours at the gate, it will be at Shs100,000 and a VIP table that comes with VIP treatment which includes having a closer look at the skits and performers will be at Shs2 million.

WARNNG: Missing this show will not be funny.