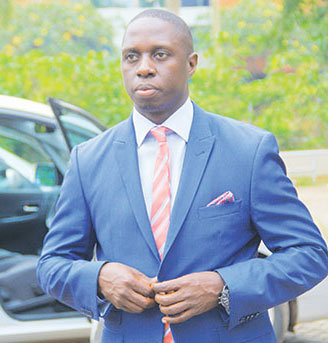 Kampala Central Independent Member of Parliament, Hon Muhammad Nsereko has applauded himself for having all the potentials of running and occupying the country’s top office.

Nsereko said many more Ugandans have the credentials to run for the Presidency but at this stage it’s beyond only having qualifications.

“I have all credentials to run for President of this country but we need a shared vision,” Nsereko said while appearing on NTV On the Spot show.

Nsereko who once subscribed to the ruling National Resistance Movement (NRM) stated that for opposition to effect the desired change, they have to forego individual egos because Ugandans have manifested to NRM that they want change at any cost.

“Hon Robert Kyagulanyi alone cannot go in and finish it. If we have Dr Kizza Besigye, Gen Mugisha Muntu with a united force of the People Power even if it is Hon Kyagulanyi on the forefront, we shall back him, Nsereko said.

Nsereko has been a Member of Parliament for Kampala Central since 2011 when he won on an NRM ticket but after his first term he became a vocal critic of the way the NRM was governing the country.