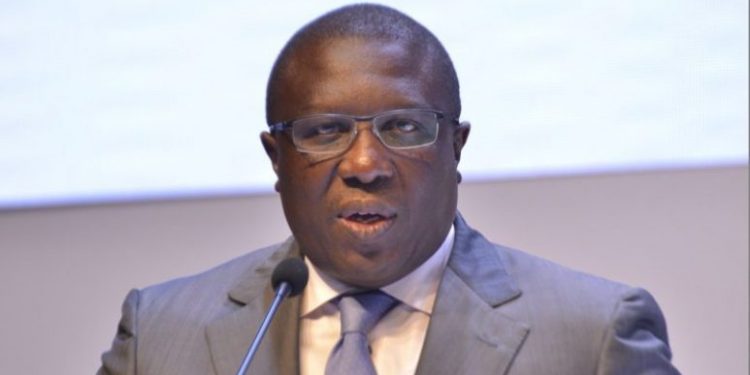 Since 2012, Jimmy Mugerwa has been serving as Tullow Oil Uganda Managing Director until news of his impeding replacement broke in late August.

Analysts believe, Tullow, a UK based oil giant replaced Mugerwa because his name came up more for his role as DFCU Bank Chairperson as opposed to his day job.  And none of the DFCU related news was positive.

Following the January 2017 DFCU take over of Crane Bank, Mugerwa has been at the centre of bad press as both an Auditor General’s report and a Parliament Probe pointed to irregularities and “collusion and possible corruption” in the takeover.

This damning news happened concurrently with several senior staff exits and shareholders pulling out of DFCU.

Another nail in the DFCU coffin was business magnate Sudhir winning a court battle against Bank of Uganda, which means that DFCU has to return his 48 properties, previously housing Crane Bank’s countrywide branch network that they had transferred to their names on the ill advice of their lawyers Sebalu & Lule Advocates. All this was with Mugerwa’s blessing as board chairman.

Tullow replaced Mugerwa with Mariam Nampeera Mbowa who has been serving as the company’s general counsel for East Africa since 2015.

In what has been construed as “British diplomacy” and a common phenomenon in the corporate world as a way of getting someone out of office without necessarily firing them, a new position has been created for Mugerwa at Tullow’s headquarters in London.

A Tullow statement says that the company has created a new role within their structures for Mugerwa. He is now the Group’s Corporate Head of Infrastructure and Organisation. The changes take effect on January 1, 2020.