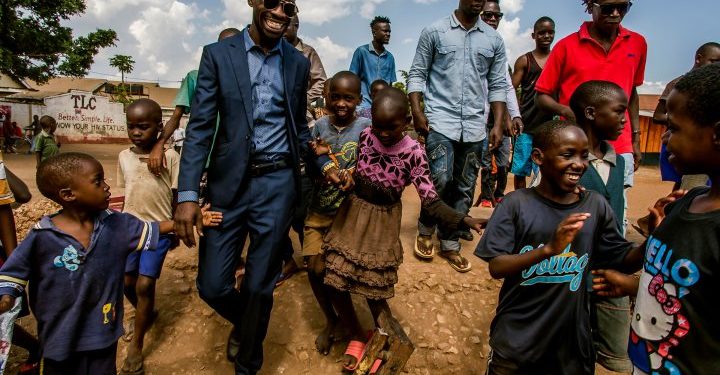 Speaker Rebecca Kadaga on Wednesday revealed how Shs24 billion allocated to the Isimba Hydro power project to construct a bridge and a road that connects the district of Kayunga to Kamuli had been swindled.

Kadaga further disclosed how she informed President Museveni about the matter in March this year but to her surprise nothing has been done to bring the ‘eaters’ to book.

Pop star Bobi Wine made it to the 2019 TIME 100 Next list as one of world’s most influential personalities. The musician who doubles as a legislator in Ugandan Parliament was put under the category of “Phenoms” i.e. people who achieve a lot very quickly.

Bobi Wine expressed his humbleness and excitement for scooping such international recognition.

“I feel very honoured to be named amongst the TIME 100 Next – a list of the world’s next most influential people and rising stars. I am very delighted to share this recognition with 99 other highly accomplished individuals who are shaping the future of business, entertainment, sports, politics, health, science and activism, and more,” Bobi Wine stated in a post.

Bobi said that he has not solely achieved the milestone hence dedicating it to all the Ugandan youths.

The Nigerian star who has been on tour performing in countries like; Australia, London, Portugal, France and recently in Tanzania at Diamond Platinumz’ Wasafi Festival, will perform in Uganda on December 5 in a show that will take place at Kololo Airstrip.

According to the organisers of the show, the Wizkid Live in Kampala concert will also have performances from some of the crème de la crèmes of Ugandan music Industry.

“Wizkid is set to jet into the country a day before his concert and he will be live on stage on December 5,” the organisers confirmed.

Uganda Cranes registered a 2-0 home win against visiting Malawi during the AFCON 2021 Group B qualifier played at Namboole stadium on Sunday. Emmanuel Arnold Okwi and Fahad Bayo netted the goals for Uganda.

Okwi’s goal arrived in the 29th minute and Bayo scored the second in the 68th minute. Uganda Cranes now have four points from two matches as Malawi who beat South Sudan in the opener remains on three points.

In the other game of the same group, Burkina Faso beat South Sudan 2-0 in Khartoum.

Sudhir elected trustee of the Indian Association of Uganda