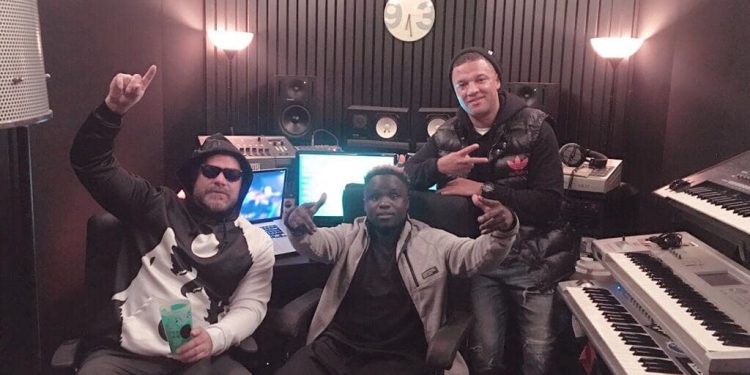 HerbertSkillz and Jethro Sheeran in Studio.

Ugandans are making big strides internationally in disciplines like sport, music, film, humanitarian service, among others.

Musically, a Ugandan producer popularly known as HerbertSkillz has got his skills hired to work on the highly anticipated album for international stars Jethro Sheeran and, wait for it, Ed Sheeran. Yes, that ‘Perfect’ Sheeran.

Speaking about how he met the Sheerans, Herbert said he first met Jethro through his wife and manager Jade who arranged for their meeting in a studio in London, UK a few months ago.

The two got interested in each other’s craft almost on the first listen and ended up agreeing to work on a joint project through studios in London, Bristol and SoundMakers in Kampala, a full-length album that will feature a song with Jethro’s cousin, the immensely talented and internationally successful Ed Sheeran.

Titled Sunshine and Rain, the album is hugely produced by HerbertSkills with Jethro penning most of the lyrics, with input from Ed.

“It’s going to be a massive album, I love it and I’m sure everyone else will too,” Jethro said, before adding, “When I heard HerbertSkillz music and production I knew it was right for the song and many more on my album, he has a very special touch which makes the music unique, and many top artists, labels and film companies agree.”

One song on the album that HerbertSkillz produced and features Jethro and Ed on the chorus has already been selected to be performed in an upcoming movie produced by the famous Millennium Films coming out next year.

And that, ladies and gentlemen, is Uganda to the world.