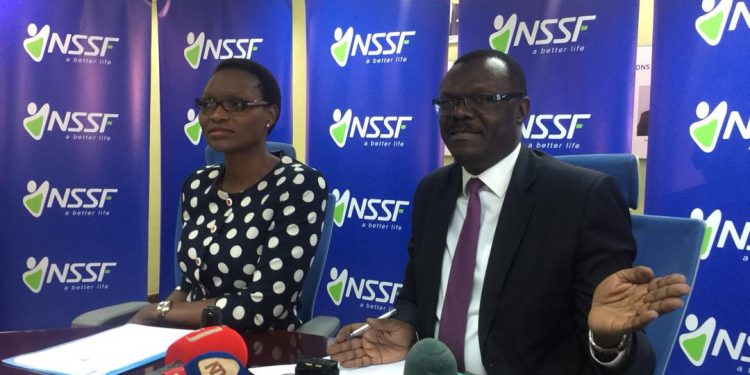 In late June this year, Cabinet debated and approved the National Health Insurance Scheme (NHIS) Bill that had been in the docket since 2006. The bill is now being scrutinized by the Parliamentary Committee on Health chaired by Bukuya County MP Michael Bukenya.

Yesterday, officials from National Social Security Fund led by Deputy Executive Director Patrick Ayota expressed their interest in managing the scheme before the Committee, with plans to set up a new fund that will finance the establishment, expansion and maintenance of healthcare capital infrastructure.

Ayota said that NSSF’s plans include uplifting the performance of Health Centre III facilities all over the country so that the general public can have better and subsidised healthcare services.

Currently, the bill proposes a 5% contribution from members of the public where employees pay 4% of their salary monthly to the scheme, with their employers adding the 1% but NSSF proposes to reduce that percentage to 2% where employers and their boss contribute equally.

When the commission raised concerns on how NSSF will run the NHIS alongside their mandated retirement benefits scheme, Ayota said they have all the structures required to run the two schemes simultaneously, given the wealth of experience they have in handling big moneys.

The NHIS is aimed at subsidizing healthcare costs for Ugandans where they can pay little money and get world class healthcare services.