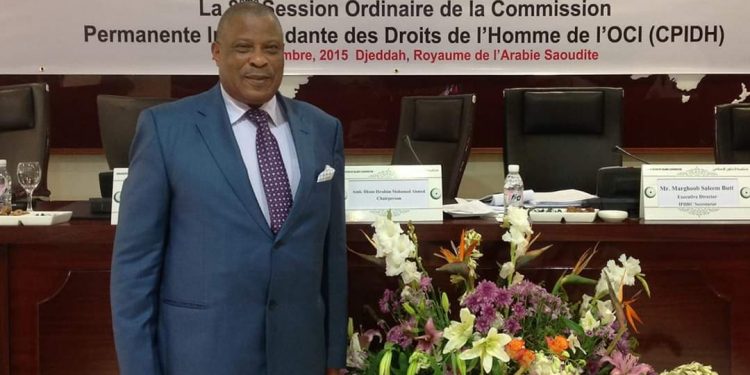 Last week on Wednesday, the sad news of the sudden death of Uganda Human Rights Commission (URHC) boss Med Kaggwa befell the country. Initial reports said that Kaggwa collapsed after getting involved in an accident around Mulago on his was way for a medical check up and was pronounced dead on reaching Case Hospital.

An autopsy read out by Dr Patrick Kaliika from Case Hospital said that Kaggwa’s family had earlier reported to them that Kaggwa had been struggling with hypertension (high blood pressure) for a while and that caused the heart failure that resulted into his death.

The population seemed all but satisfied with the doctor’s report, apart from the Internal Security Organisation (ISO). ISO suspects that Kaggwa didn’t die a natural death, so he might have been murdered instead.

According to ISO boss Col. Frank Kaka Bagyenda, the security agency unearthed a list on Monday, November 18, 2019, that had names of people who are being targeted by criminals and Kaggwa’s name was also included on the list and this puts in balance the doctor’s report.

ISO says that the list, whose authors are yet to be identified, includes top-ranking officials from the army, musicians, human rights activists and others.

Sources from security circles say that the list was written in an encrypted code and it took ISO quite a while to decrypt it, and they say that they had not yet cracked the code by the time Kaggwa died.

The decrypted message that accompanied the list of names of people targeted to be killed read, “To our people, we have completed our job on the ‘ground’, it is up to them now.”

This is the message that has sparked ISO to open up investigations into the matter of former UHRS boss Med Kaggwa’s death.

Contrary to the doctor’s report, ISO suspects that Kaggwa might have been poisoned and the perpetrators might have used food, or sprayed the poison in his car, or put it on his doorknob, using the type of poison that slowly disables different parts of the body until the victim finally dies of multiple organ failure.

Anglican Church in Bukoto finally opens doors, “People used to joke that they will love their partners until St Andrew’s Church Bukoto is finished; we are worried your relationships are going to end”