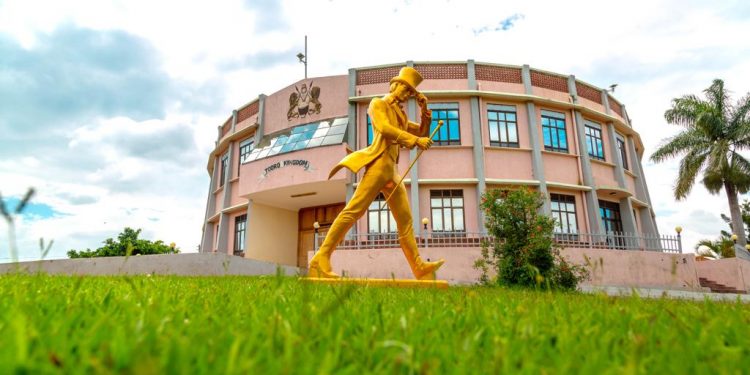 The Johnnie Walker Highball tour will be closing the year in style as it makes its western debut in the hilly town of Fort Portal this weekend.

The tour that has been traversing the country since August has visited three major towns that is; Kampala, Mbale and Gulu in the central, east and the western parts of the country and now has its sights set on the beautiful town of Fort Portal.

This has been hyped by the citing of the Johnnie Walker striding man in the town at the historical and highly respected Palace. The night is expected to be a blast with an epic lineup of some of the biggest names in music set to drive revellers wild like soul sensation Winnie Nwaji, Pallaso, Carol K, Tony Blackman, Coolman Jimmy all backed by crazy DJ mixes from Uganda’s biggest DJ Selector Jay.

Organized by Johnnie Walker in conjunction with Muchahacos, the tour is aimed at introducing upcountry folk to a brand-new way through which they can consume their whisky whilst giving them an awesome experience.

It is also a platform that gives local artists in the respective regions a chance showcase their talents and shine with the next one expected to take place in Mbarara early next year.

Daily Monitor’s Alex Esagala serves New Vision a notice of ‘intention to sue’, demands Shs400m for using his photo without his consent