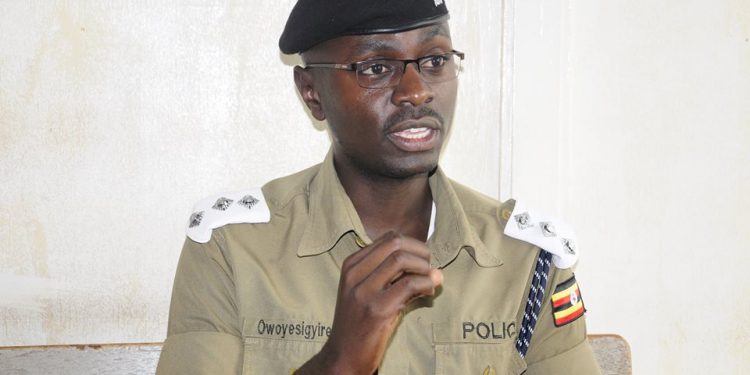 A few hours ago, Kabowa village in Kampala was filled with terror as one of the residents David Kibuuka, that served as the area information officer was shot dead by a Police officer identified as Assistant Superintendent of Police (ASP) Justus Bwire.

The shooting happened as Police was called in to disperse crowds that had gathered at the premises of Shreeji Stationers 2009 to peacefully protest the company’s decision to block the community road and drainage channels.

Luke Owoyesigyire, the Kampala Metropolitan Police Deputy Spokesman said that Bwiire fired several bullets one of which hit Kibuuka, and subsequently died on arrival at the hospital.

“When the group gathered at the gate of a factory, our officer fired several rounds of bullets to disperse them. One bullet hit Kibuuka and sustained injuries. He was picked and taken to hospital but died on arrival,” Owoyesigyire said.

Bwire is currently under detention at Old Kampala Police Division Headquarters and he is being investigated for murder.

Nile Breweries website hacking is allegedly an inside PR stunt

Nile Breweries website hacking is allegedly an inside PR stunt