Three years after the Rwenzururu Palace raid in Kasese, over 200 people arrested are still on remand awaiting trial 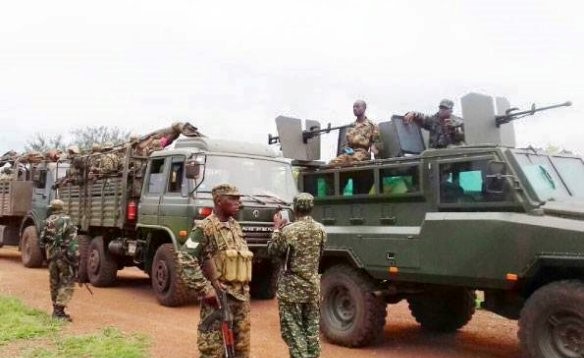 November 26, 2016 still rings loud bells in the ears of the people in Kasese, particularly those close to Rwenzururu Kingdom as it is the day that Police with the help of Uganda People’s Defense Forces (UPDF) under the command of Lt. Gen. Peter Elweru launched a raid on the palace of Rwenzururu King Charles Wesley Mumbere.

The basis of the raid, according to government, is that there were criminal elements that posed a serious security threat to the country and that they were using the King’s palace in Kasese as a hideout and base to plan their actions.

The raid on the palace was bloody, to the extent that over 100 people lost their lives, and over 200 people were arrested, including Rwenzururu King himself, His Highness Charles Wesley Mumbere.

Mumbere was charged with treason and terrorism but managed to secure a Shs100 million non-cash bail that came with tight conditions on February 7, 2017 after nearly two months in prison.

As if we live in two extreme worlds, three years on, the other 200 people that were arrested during the raid have never been arraigned in court and are still on detention in the coolers.

“There have been 200 people in cells; five have so far died in prison. 150 people were massacred in cold blood and have tried all means to see if we can come back to normal life. It is unfortunate courts haven’t given the suspects justice we asked for and we know that justice delayed is justice denied,” said Kiiza.

In addition to that, January Muhindo, the Deputy Speaker of Kasese district says they want government to come up with a comprehensive report about the bloody clashes that happened in Rwenzululu Kingdom in 2016.

The Resident District Commissioner (RDC) of Kasese said that government has restored normalcy in Kasese but politicians are using the raid to rally people against the government and ride on that to further their political career.

Three years after the Rwenzururu Palace raid in Kasese, over 200 people arrested are still on remand awaiting trial