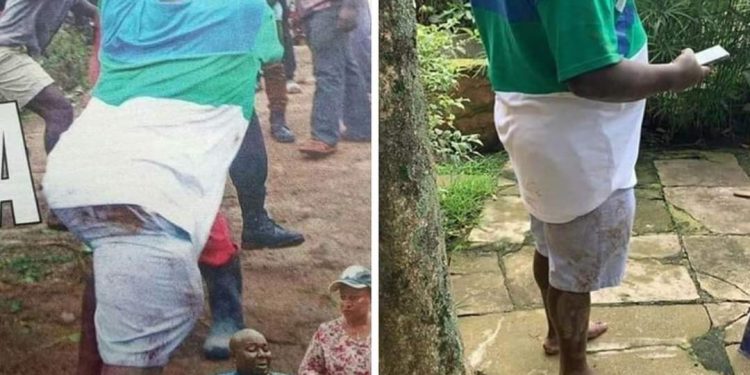 On Monday his week, we reported how city tycoon Godfrey Kirumira was beaten to a pulp by workers and security personnel sent in by Lt. Gen. Charles Angina after a dispute broke out about a road renovation.

Today, a video has come out that shows that Kirumira provoked the security personnel by grabbing a heavy stone and throwing to the tractor driver in an effort to hurt him.

After throwing the stone towards the grader, security personnel moved in on him to calm him down and prevent him from causing more damage and chaos that he had already caused.

What ensued was more chaos, as Kirumira was subsequently beaten and had his shoes removed.

All this, according to sources, stems from Kirumira’s refusal to allow Dr Ben Khingi make renovations to a road near his Hotel International in Muyenga, claiming that the road will be encroaching on his land.