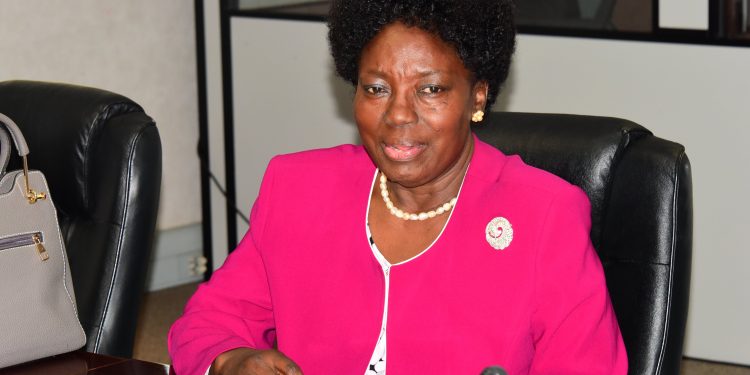 Yesterday, Parliament debated and passed the Institute of Parliamentary Studies Bill, 2019 at the third reading. On November 9, 2018, Parliament granted Dokolo Woman MP, Hon. Cecilia Ogwal leave so that she can prepare the Private Member’s Bill and introduce in Parliament for debate.

During a Parliament session yesterday, members agreed that the Institute be renamed after Speaker Rebecca Kadaga in honour of her service as the Speaker of Parliament since May 2011.

The bill serves the purpose of establishing the Institute of Parliamentary Studies as a one-stop resource training centre on legislation in the region.

Through this training, the institute will create an institutional mechanism for delivery of capacity building interventions for Members OF Parliament, staff of Parliament as well as stakeholders.

Under Kadaga’s reign, the Parliament has had numerous heated debates about several contentious bills but she has from time to time managed to bring the house to order.

Recently, Kadaga led Parliament to successfully hold the 64th Commonwealth Parliamentary Conference that brought together over 1000 delegates from commonwealth countries.