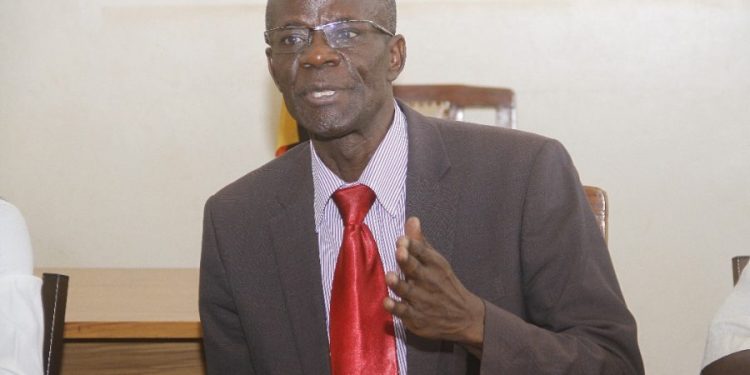 Former Makindye West Member of Parliament, Hussein Kyanjo has claimed how no one on earth can have control over fast-rising politician Hon. Robert Kyagulanyi.

Kyanjo believes that it is only God who knows the fate of Bobi Wine as no one has ever quickly gained political momentum like the Kyadondo East legislator.

“He (Bobi Wine) has come and in the span of 2 years, he has been able to turn the tables upside down. He is able to get people to demonstrate in as far as Canada. God has put him there and is the only one who knows what plans he has for him,” Kyanjo said while appearing on NTV’s On The Spot Show.

Kyanjo explained that the major goal right now for the opposition is removing President Museveni. In this he said the opposition has to team up to achieve the goal.

However, he said Museveni is also willing to distort the opposition but it is up to them to stand for the values they claim to represent.

He said, “We have to use our strengths as the opposition because it is very hard to fight the President that is buying people from the opposition. He has the money and there are people without principles. So, it is impossible to overcome that. The ones who can’t be bought can do the best they can to change the system.”