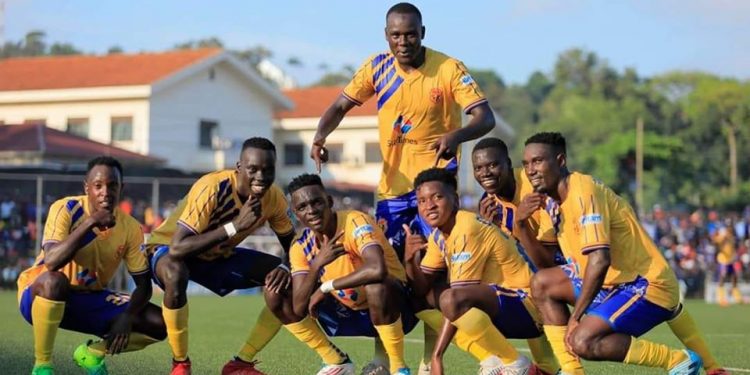 Mike Mutebi’s KCCA FC charges have had a perfect day at office this evening as the lads convincingly made record champions Sports Club Villa dance to their beats in the StarTimes Uganda Premier League (UPL) game played at Lugogo.

The intense contest ended up one-sided with only the Kasasiro Boys running the show.

KCCA only needed 10 minutes to take the lead through teenager Joseph Kafumbe. After the first goal, the yellow boys only got hungrier in front of goal as they made exciting offensive transitions.

Their acceleration momentum paid off in the 30th minute with Erisa Ssekisambu getting them the second goal. After the long break, KCCA once again went all-attack keeping Villa very busy at the back.

Enterprising left winger Mustafa Kizza got himself on the score sheet hence leaving Villa with no hope of getting back into the game as they were 3-0 down.

However, Kizza’s goal seemed to be awake up call for the visitors who started showing some offensive attitude, and it yielded their consolation goal 10 minutes to time through Amir Kakomo.

KCCA uped the tempo and another teenager Allan Okello netted to seal it for the hosts with a final score of 4-1.

The result has pushed KCCA to second on the UPL table with 29 points while Villa descended to fourth on 27 points. Vipers who were not in action today lead the log on 34 points with one game superior of defending champions KCCA.