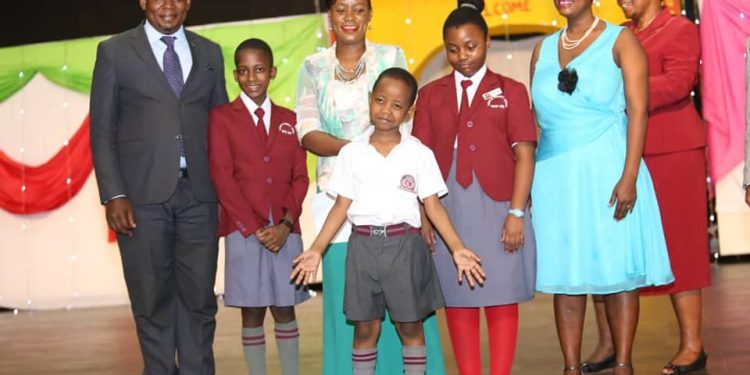 In case you have been wondering the cause of Fresh Kid’s absence from the showbiz scene; we can reliably confirm to you that the young rapper has been very much concentrated on his studies and the outcome of the end of year results tells it all.

Yesterday during the end of year assembly at Kampala Parents’ School (KPS), Fresh Kid alias Patrick Ssenyonjo was announced among the learners who topped the Primary Two in his stream.

The jubilating rapper went on his official social media handles and laughed out loud to those who mocked him when he joined KPS earlier this year.

“As I promised to work hard in class as well in music on this day when I was joining KPS, many were laughing at me, my English and my family,” Fresh Kid said.

He further promised to make his report card public as soon as he receives it today.

“I am getting my final report to another class and I promise to post it here,” he said.

We congratulate Fresh Kid upon passing his exams, and hope other kids strive for the same.