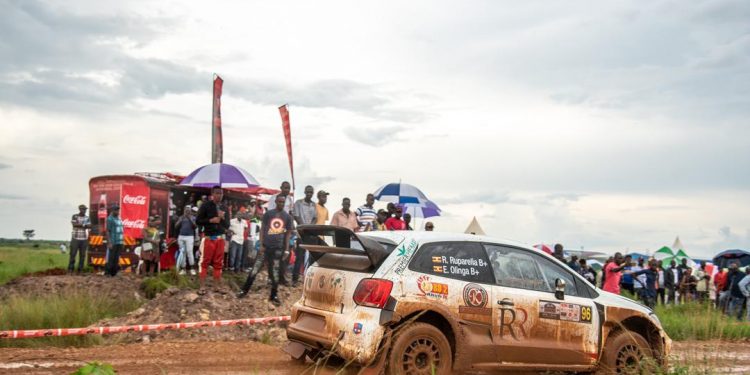 Since joining the rally scene just six months ago, Rajiv Ruparelia continues to show that he didn’t join the sport to play.

Together with his navigator Enock Olinga, the rally prodigy claimed top spot in day one of the MOSAC Rally in Kapeeka. Rajiv posted 0:16:12:00, with Umar Mayanja/Hussein Mukuye in a Mitsubishu Evo taking second spot, having posted 0:17:25:00. This result indicated that Rajiv who was driving a VW Proto had a whole 0:01:13:00 to spare.

27 drivers finished day one of the race. Tomorrow, feet get back on the pedals to complete the 161.75km competitive route.

Since his first competitive race in May this year, Rajiv has won several races and our guess is that he needs a big trophy cabinet.

With his hair spinning antics, Rajov is fast becoming a fans’ favourite and his RR Rally Team fanbase is growing by the day.