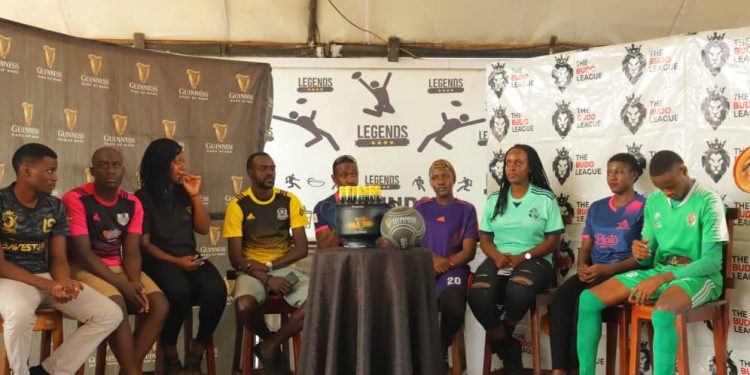 Yesterday on Sunday, alumni of Kings College Budo, one of the oldest secondary schools in Uganda kicked off Season 4 of The Budo League (TBL), a football competition launched at the Legends Rugby Club, Lugogo.

The launch which doubled as the “unofficial opening” of the Christmas festivities kicked off in high gear with teams playing throughout the day already sniffing an action-packed season 4 starting this December up till July 2020.

The group of alumni, commonly referred to as “Old Budonians” started off the season with a new addition to the league attracting two extra teams to make fourteen teams in total ranging from the years 2002 to 2015. The new entrants are End Game (Class of 2013) and Mango Power (Class of 2002).

A new and unique feature of TBL has also been included to make the event more interactive especially for non-players, introduced as TBL E-League. TBL E-League is a video game completion on Play Station 4 one of, arguably, the most popular video games in the world, FIFA 20.

TBL E-League will also take on League competition format amongst the same TBL teams with a crowning for the on-pitch Champion and the virtual Champions. The video games will also be open to the public to “pay and play” at a friendly rate.

“We intend to make each match-day more than just about football, it will also be a social event that will be open to the public whether they are Old Budonians or not,” said Christopher Nantagya, Captain TBL.

The Guinness-sponsored League will consist of interesting and fun experiential games and competitions throughout the eight months. Much like the Old Students’ football leagues, Guinness continues to get involved in bringing the game of football closer to consumers and fans like the recently rolled out Guinness Night Football Extravaganza, EPL, fun football challenges, bringing truth to the fact that Guinness and Football is a perfect match.

“We are now focusing on fans’ involvement in the game of football hence our partnerships with several Old Students’ Football Leagues like Budo League. This is the perfect time for us to network and encourage a healthy living,” said Philipa Nantamu, Guinness Brand Representatives.

“The brand will continue to add a lot more extraordinary football made of Guinness,” she added.

TBL is all about Old Budonians coming together through sport in order to provide a platform for networking, building solidarity, maintaining fitness and good health amongst the Old Budonian community across the world.

“The Kingdom will not at any point allow government to establish a power dam on Murchison Falls” – Andrew Byakutaga, Bunyoro Kingdom Prime Minister