“The Kingdom will not at any point allow government to establish a power dam on Murchison Falls” – Andrew Byakutaga, Bunyoro Kingdom Prime Minister 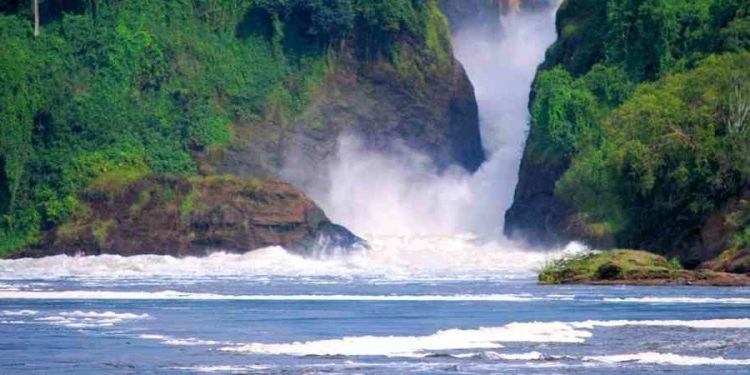 Last week, we reported how government had resumed plans of constructing a hydro-power dam at Murchison Falls it had shelved months ago after receiving tremendous backlash from environmentalists, conservationists, tourism stakeholders and the general public.

In their defence, State Minister for Tourism Godfrey Kiwanda said that government needs more electricity to power the numerous industries that cropping up every other day in order to drive Uganda’s economy to the promised middle-income status.

On the other hand, the tourism stakeholders and environmentalists see this move as an intention to destroy Murchison Falls, the main tourist attraction site in Murchison Falls National Park.

Bunyonro Kitara Kingdom, the cultural institution within which Murchison Falls National Park is located has come out to voice their concerns about the proposal, and strongly condemn it, and reject it, according to the Kingdom’s Prime Minister, Andrew Byakutaga.

Byakutaga said that Murchison Falls is a strong heritage and tourist attraction site for Bunyoro Kitara Kingdom and that the kingdom will not at any point allow government to establish a there power dam, or any other development that looks at destroying it.

“We have already written to the Electricity Regulation Authority (ERA) warning them not to make any attempts to establish a power dam on Murchison Falls,” Byakutaga said.

Byakutaga joins his First Deputy Apollo Rwamparo also doubling as Minister for Tourism and Antiquities in the kingdom who said that it is rude and unacceptable for government to give away Murchison Falls for the construction of a power dam yet it is a bio-cultural site, urging the government to “cancel any engagements with Bonang or any other company regarding the feasibility study.”