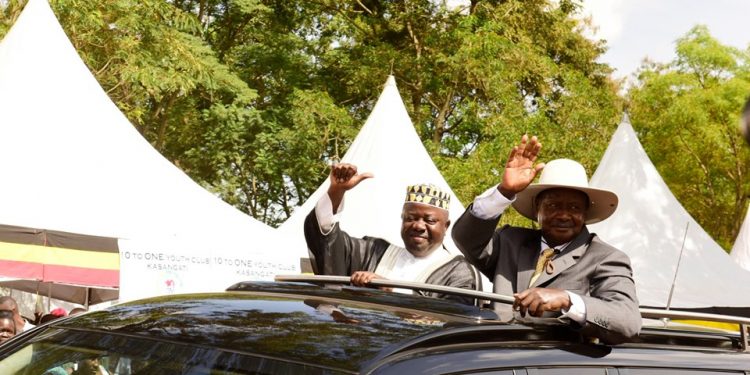 A section of National Resistance Movement (NRM) members have threatened to drag President Yoweri Museveni to court if he dare decides not to contest in the upcoming 2021 general elections.

The ruling party’s fanatics led by Kampala Regional Khadi, Sheikh Sulaiman Guggwa said Museveni will have to face charges of treason for letting them down as he is the only capable candidate to carry the NRM flag in the Presidential race.

Guggwa made the statements during the graduation ceremony of Dr Hillary Emma Musoke, the Private Secretary to the President in charge of Youth that happened at Kingdom Kampala.

In July this year during the launch of his book titled “The achievements of Y.K Museveni to the Muslim Community,” Guggwa urged those opposing President Yoweri Museveni to read the Bible or Quran.

Guggwa claimed that Museveni is a sign of God’s blessings to Uganda and that is why He has kept him in the top office for a longtime.