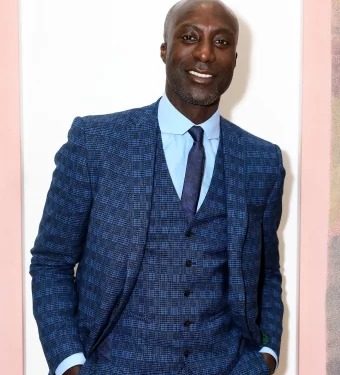 Ozwald Boateng, who is credited for infusing a trademark twist on classic British tailoring and bespoke style, will receive the Lifetime Achievement Award at the 2019 Abryanz Style and Fashion Awards on December 13. The event will be held at the Kampala Serena Hotel.

The British designer will be honoured for paving way for black designers such as Olivier Rousteing who took charge of Balmain in 2011 and Virgil Abloh who was named Louis Vuitton’s men’s artistic director in 2018.

During his career which spans over three decades, the bespoke couturier’s immaculate tailoring has won the hearts of everyone from Jamie Foxx, Idris Elba, Richard Branson, David Bowie and more.

After presenting his collection at Paris Fashion Week in 1994, he received so much buzz which led him to opening up shop on Savile Row in London the following year. His talent would later be noticed by LVMH. The French conglomerate made Boateng the first black designer to helm a major French luxury label when he was named Creative Director of Givenchy Homme in 2003.

In 2006 he was awarded with the prestigious OBE (Order of the British Empire) by the Queen for his contribution to British fashion.

This year in May, he staged an explosive show at the historic Apollo theatre in New York to celebrate the 100th anniversary of the Harlem Renaissance. With lots of colour and African print, he also presented his first womenswear collection, and Ugandan stars Paul Mwesigwa and Patricia Akello were some of the models that took to the runway to model the designs.

This year’s Abryanz Style and Fashion Awards is themed ‘The Starz’, which is a celebration of icons and stars that have used fashion to attain excellence and achievement.

Boateng will fly into Kampala to receive the award. This will be his second appearance at the event, after he quietly attended the 2013 edition of the ASFAs held at MTN Arena.