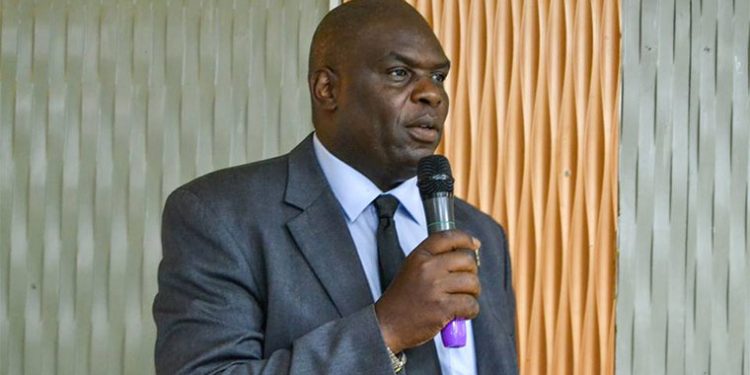 President Museveni appointed the Director of Public Prosecution Mike Chibita, Ezekiel Muhanguzi and Percy Night Tuhaise to the Supreme Court, the highest judicial organ in Uganda. The trio will this week appear before parliament for vetting as their names were forwarded to Speaker Rebecca Kadaga last week.

Chibita has seen his CV get better this year, in September, he was appointed to the Executive Committee of International Association of Prosecutors.

Kasambya County MP Mbwatekamwa Gaffa presented a motion in Parliament last week urging government to remove taxes on CCTV cameras to make them affordable to individuals who would like to monitor their businesses and households. Gaffa said that many Ugandans would love to own CCTV cameras but they are costly.

The motion was seconded by MP Agaba Abbas Mugisha from Kitagwenda and Kumi Woman MP Monicah Amoding who said if there are no stressing financial implications; government should install CCTV cameras in all public places to improve on security and curb sexual harassment in workplaces.

Holiday makers on Saturday witnessed the crowning ceremony of their best entertainers of the 2019 Buzz Teeniez Awards that happened at the MTN Warehouse in Industrial area.

John Blaq and Daddy Andre were the biggest winners of the evening with each scooping three awards. The event was well attended by a series of entertainment and media personalities that included; GNL Zamba, Bush Baby, Andrew Kyamagero and Calvin da Entertainer among others.

After weeks of fun footballing action, the Guinness Night Football series came to a stunning end on Saturday night at the UMA Exhibition Hall in Lugogo.

The night featured games like human foosball and 5-Aside football among others. Team 13 came out victors and the overall winner of the series with a narrow 2-1 victory against UPU students.

Team 13 walked away with a cash prize of Shs700,000 with the best player, New Vision’s Solomon Muleyi winning himself a fully expense paid trip to Nigeria to meet Manchester legend Rio Ferdinand.

Team Super 7 were the winners of the Guinness Human Foosball 2019 and also their player Kassa Ahmad will have a chance to rub shoulders with Ferdinand during the Pan-African extravaganza.