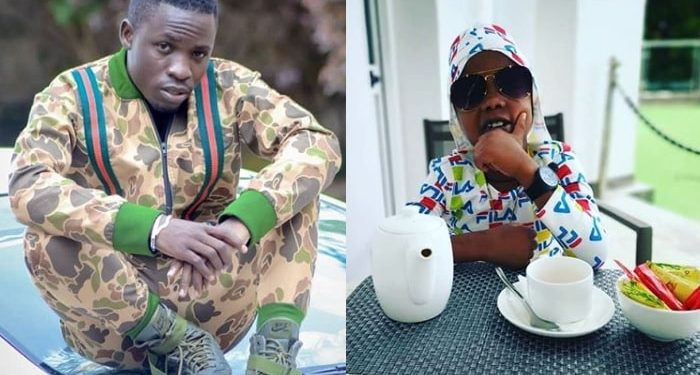 Francis Kamoga, the former manager to Uganda’s most popular youngest rapper Patrick Ssenyonjo aka Fresh Kid has finally promised to officially handover the rapper to his new management, the MC Events.

The decision was reached following a meeting with the president of the Uganda Musician Association (UMA) Sophie Gombya. Francis allowed to respectfully handover all that belonged to Fresh Kid to the new management.

Some of the items that belong to Fresh Kid that Francis accepted to handover include; clothes, passport and social media pages among others. Francis revealed all full details of the shows he had booked all through the festive season to the new management.

MC Events management in return promised to give Francis his share on the shows he had booked earlier on and also continue depositing Fresh Kid’s share on his fixed bank account.

Manager Francis under his Texas Management fell part with the ‘fresh family’ on allegations that he was not financially respecting the contract, something that he denied saying the rapper’s parents think about the money more than the kid’s talent.