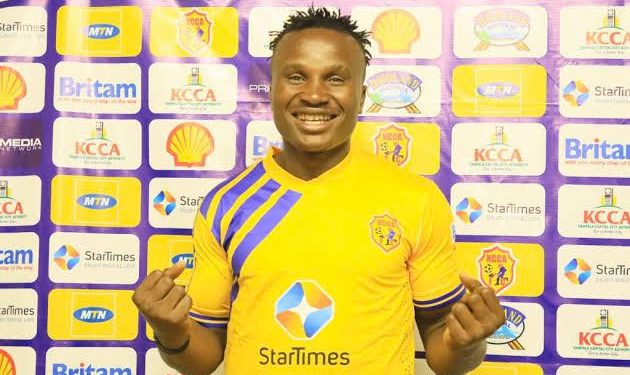 According to the Police Spokesperson Fred Enanga, over the weekend, Odemwegu invited her new girlfriend to his home in Mutungo, Nakawa Division, and she went along with her two female friends.

At around 9pm, the girls asked Odemwegu to get back to their cribs but the striker insisted that they should stay and leave at his wish. Enanga said after the striker decided to confiscate their mobile phones before locking them up in the house for over 10 hours.

He further revealed that luckily enough, one of the girls had an extra phone which they used to alert their colleagues about the situation.

On interrogation, Odemwegu accused the girlfriend of cheating on him but also defended his decision to lock them down that it was too unsafe for them to move at night. The girls in question are Grace Nakibuuka, Margret Namutebi and Joan Mirembe.

Currently the striker is under Police detention as further investigations are ongoing. Odemwegu joined KCCA FC this season from Nigeria Premier League topflight side Rivers United.