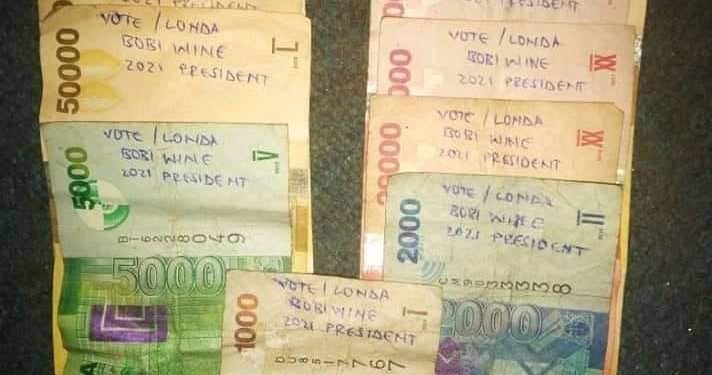 Earlier this week, photos of different denominations of money bearing handwritten political campaign messages circulated on social media and attracted mixed reactions from members of the public; some condoning it, others condemning it and others totally unbothered.

One totally bothered institution about this unnecessary action is Bank of Uganda and they have come out to say that writing, stamping and/or marking on Uganda’s national currency is illegal.

The Central Bank released a statement signed by Governor Emmanuel Tumusiime-Mutebile said that writing on banknotes or coins amounts to what they referred to as defacing and it exposes the holder of such a note or coin to the risk of losing the value of that money and issued a warning against such actions.

“The public is therefore strongly warned against the use of currency notes for any other purpose other than for making or receiving payment(s) and the public is also advised to accept only those notes that bear features designed by Bank of Uganda,” the statement reads in part.

The 2021 general elections are drawing closer and people are using all possible ways to get the word out.

Having served my people for 20 years I think I have done enough, I am not available to contest again – Bugweri County MP Abdu Katuntu