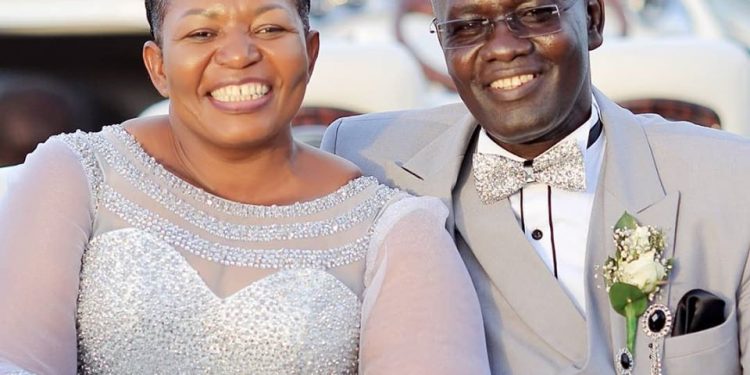 NRM Secretary General Justine Lumumba and her husband Patrick Lumumba at the ceremony.

The couple got married in 1999 and they have managed to keep their marriage out of media despite Kasule Lumumba being in the limelight.

“I thank everyone that joined Patrick Lumumba and I at Rubaga Cathedral yesterday where we renewed our marriage vows as we marked and celebrated having made 20 years in holy matrimony,” Kasule posted on her official social media accounts.

Kasule once claimed that her dream was to be a nun but during her university she met Patrick Lumumba at Kyambogo University and he managed to divert her.

Kasule Lumumba was a Bugiri District Woman Representative in Parliament from 2001 to 2014 when she was appointed NRM Secretary General replacing ex-Premier Amama Mbabazi.