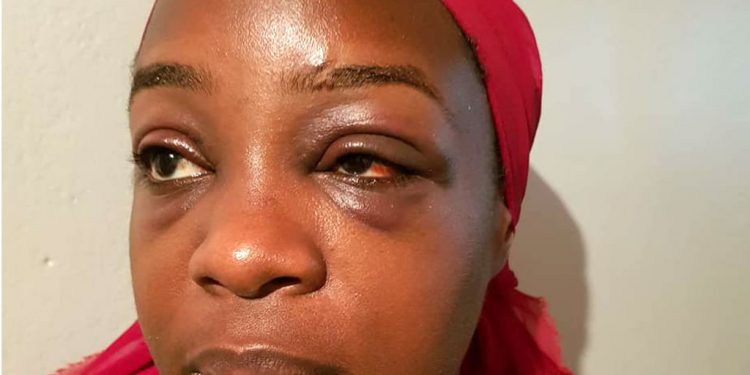 The battered face of Angella Katatumba.

Makindye Chief Magistrate’s court has sentenced Okirot Denis, a Chicken Tonight security guard to one and a half years in prison for assaulting musician Angella Katatumba and Jamaican musician Kuzi K.

According to Chief Magistrate Elias Kakooza, prosecution brought enough evidence that proved the unlawful actions of Okirot on Angella. Court said Okirot criminally caused harm on Angella before stealing money from her.

In April 2018, three Chicken Tonight employees allegedly assaulted Angella Katatumba and her Jamaican musician friend Kuzi K. Katatumba dragged them (Olurwoth Chuka a manager, Denis Okirot a guard and a waiter Kaddu) to court on charges of assault and theft. She claimed that Okirot beat her up before taking Shs6 million for her wallet.

The trio was taken to prison before securing bail in June the same year.

The news has found Angella Katatumba on holiday in Dubai.