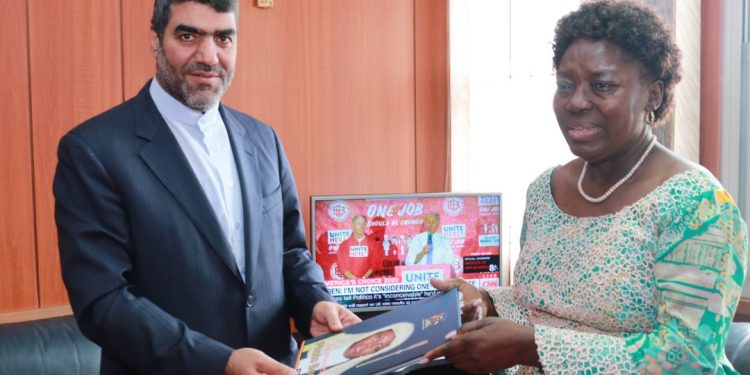 As government moves towards transforming the country into a middle income economy by 2040 through Vision 2040, industrialisation is largely viewed as the driving force that will enable us achieve that feat.

In line of so, the government is sourcing everywhere for potential investors in the manufacturing sector of a different range of products that will boost the economy and increase the volume of exports.

News reaching us is that a new manufacturing plant is in the plans and works to be set up in Uganda by a group of Iranian investors.

Yesterday, the Iranian Ambassador to Uganda Seyed Martez Mirtazavi paid a courtesy call to Speaker of Parliament Rebecca Kadaga where he revealed plans of a group of Iranian investors to set up a plant that will manufacture tractors in Uganda.

According to Seyed, his countrymen are already in discussions with a group of potential Ugandan partners that will see them bring this plan to fruition very soon.

It should be noted that Uganda’s economy has ridden on the back of agriculture since time immemorial and being able to access tractors to use on the farms will be a great added incentive.

Apart from the obvious upside of providing hundreds of jobs to Ugandans, at mass production, these tractors will also be a part of our exports.