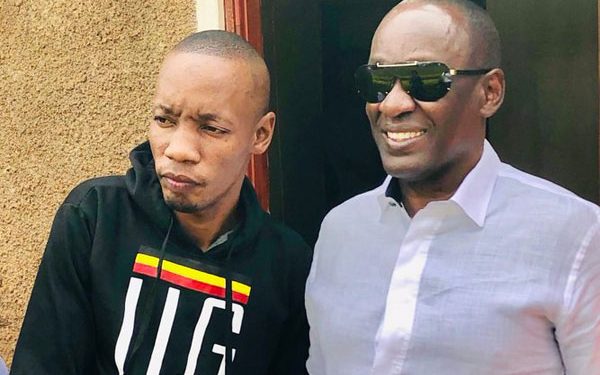 Last month we reported how Police went over to socialite Bryan White’s house, arrested him and seized his cars over accumulated debts of over Shs500 million. The cars that were seized included a Mercedes Benz registration number UBB 480 Z that Capt. Mike Mukula had sold to him but failed to fully pay it up.

Bryan White spent a few days in Police detention but was later released in what appeared to be an arrangement by Mukula and events promoter Balaam Barugahara.

In an interesting turn of events, Bryan White, real name Brian Kirumira has issued a notice of intention to sue Mike Mukula over what he feels was coercion by the former pilot when he (Bryan) was in Police detention in Kireka.

Through his lawyers Kirya and Co. Advocates, BryanWhite contends that Mukula received Shs160 million for the above-mentioned car but he used “undue influence, duress and coercion to force him to enter into a settlement by surrendering the car in order to regain freedom.”

The lawyers say that the agreement signed between Mukula and Bryan White is legally unenforceable and so null and void.

“You signed an agreement clearly indicating the place where it was made and the circumstances under which it was made. The said agreement is legally untenable, unenforceable and void as our client did not make it under free will but under duress by you and the Police,” the notice partly reads.