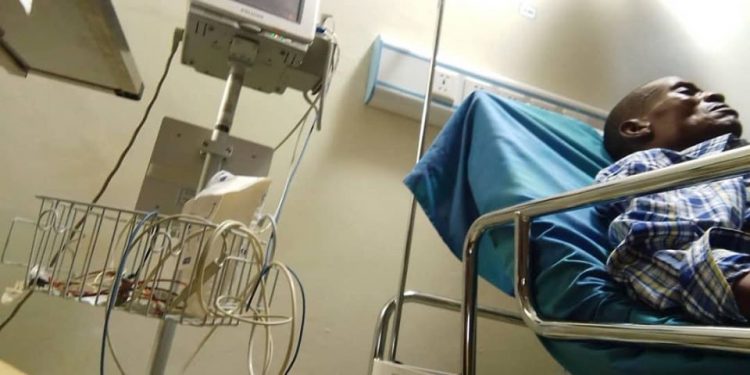 What has been circulating as a rumour in the past two weeks about the health condition of senior Presidential Advisor Tamale Mirundi was confirmed yesterday when he was admitted to Kisubi Catholic Hospital.

Prior to that, Tamale Mirundi had refused to be taken to any Ugandan hospital in fear that the ‘mafias’ will use their ‘invisible hand’ to finish him while lying helplessly in Ugandan hospitals.

With much persuasion from his children, the former Presidential Press Secretary agreed to be taken to the Catholic Hospital in Kisubi but told his carers not to allow in any visitors, and that included some of his family members and close friends.

This morning, we have received reports that the vocal political analyst has been transferred to Nairobi in a yet-to-be disclosed hospital to receive treatment.

Due to the fact that Mirundi is a secretive person when it comes to matters like these, we have not yet found out what exactly he is suffering from by press time.

We wish Mirundi a quick recovery.