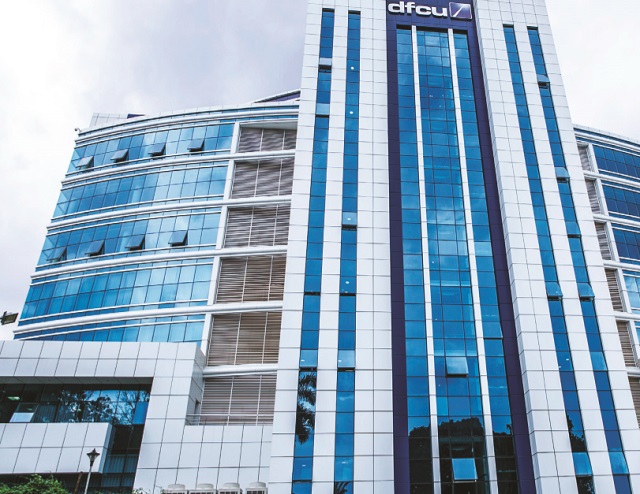 dfcu bank has a new shareholder in Investment Fund for Development Countries (IFU), of Denmark. The announcement was made in the local dailies today. That news was expected, but a little detail in the shareholding is what has created some public interest.

Bank of Uganda Staff Retirement Benefit Scheme has 4.4m shares in Dfcu. Now, if you are not following yet, Dfcu Bank acquired Crane Bank in January 2017 after it had been taken over by BoU in October 2016.

The manner in which Dfcu was handed Crane Bank by BoU was declared conflicted and smirking of possible corruption by both an Auditor General’s report and Parliament’s Committee on Commissions, Statutory Authorities and State Enterprises (COSASE).

While this shareholding detail has been public knowledge since it was mentioned during the Cosase probe on BoU’s sale of banks in December last year, it has been made public when Dfcu published the notice of its shareholders, leaving many wondering if there is a better definition of conflict of interest than this.

Dfcu acquired Crane Bank for Shs200bn and it turned out BoU had not made a proper valuation, allowing Dfcu to set the price. As a result of this “sweet” deal, Dfcu’s net profits grew from Shs46.2 billion to Shs127 billion in that financial year.

Some of the shareholders were not comfortable with the bad publicity surrounding this questionable deal and Commonwealth Development Corporation (CDC) Group, a development finance institution owned by the British Government pulled out.

“This sale is a completion of CDC’s divestiture of it’s interests in dfcu following achievement of investment horizons,” a notice published in the local dailies reads.

“As founder shareholder of dfcu, CDC was committed ensuring that the sale of its shares would be to an institution with a strong and credible profile,” the statement read.

Although the cost of the shares has not been made public, IFU claims to have invested $150m in Africa through the Danish Climate Investment Fund (DCIF), a fund it manages.

IFU will now find and try to steady the rocky boat that is now dfcu. Recently, dfcu returned titles of 48 properties that housed Crane Bank’s countrywide network, belonging to Meera Investments that it had transferred to its names on the ill advice of their former lawyers Sebalu & Lule Advocates.

dfcu now wants BoU to pay it Shs47 billion for the properties it had acquired for just Shs10 billion. They face multiple suits worth over Shs32 billion from tycoon Sudhir’s Meera investments and Crane Management Services for rent arrears over rental agreements inherited from Crane Bank and trespass for illegally occupying the premises. Perhaps they want the tax payer to foot that bill.